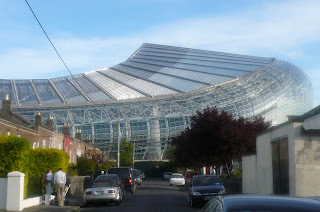 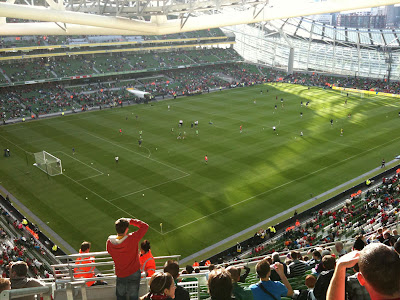 Last week the brand new stadium at Landsdowne Road was host to it’s first football match. The contenders were a mix of Irelands best homegrown players against none other than Manchester Utd. The Mancunians won with an impressive 7-1 victory, christening the new stadium in style.

A few of the members of the Garden Team got tickets for the night. This photo was taken by Michael Kirwan on his Iphone.