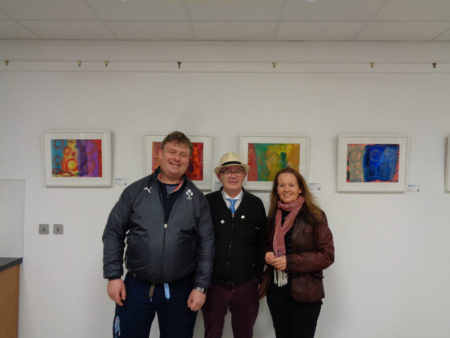 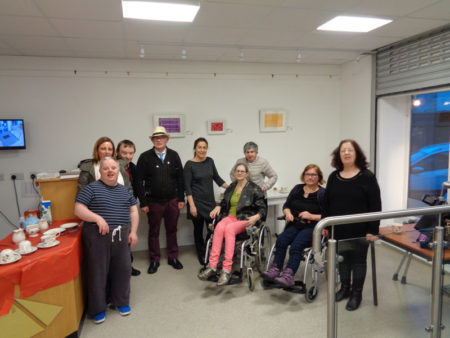 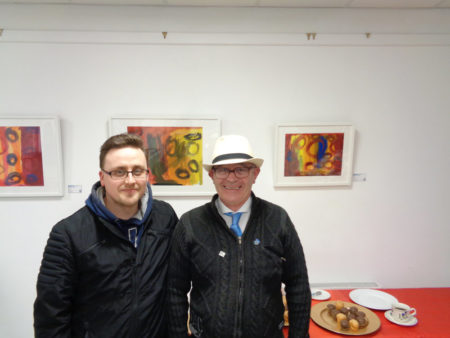 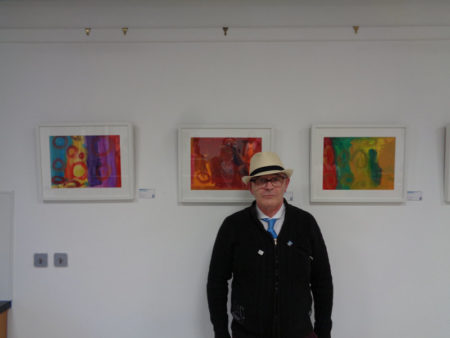 Martin O’Brien with some of his gouache paintings at the opening of his solo show in the Arklow gallery on Monday the 13th of March 2017. Martin has been painting for over two years and has recently begun printing, three of his prints can be seen behind his group of supporters who came to congratulate Martin on his exhibition.