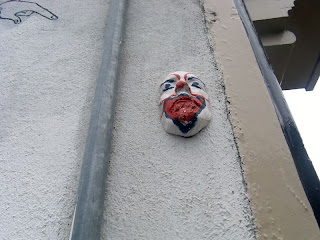 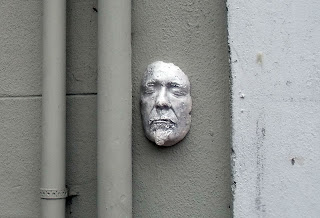 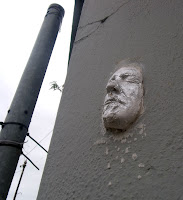 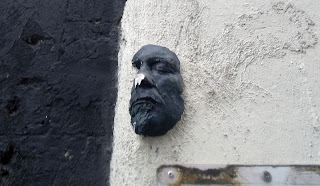 Have you noticed any new faces hanging around the town of Bray lately?

A local artist has installed several pieces of art on the walls in various locations. They consist of a cast of a face which is then cemented on to a wall.
Bernie, Olga and Betty went on the hunt to find as many as they could:
“We saw the faces hanging on the walls of Bray up high. We think they were placed up high so as to be out of reach. They were hard to take photos of. Some of them appeared to be damaged like somebody took a hammer to them. We think people should put art up all the time especially in the Main Street car park as it would be nice and colourful. Hope you enjoy the pictures we took.”