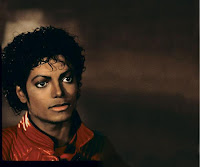 The King has gone to meet his Angel,
His sweet voice will be heard no more,
The Angels have called him to them,
The Dancer has lost his big dance floor,
He has gone to the big dance floor in the sky,
He has said his sad farewell, his long tearful bye bye,
His Billy Jean is all-alone ,
His Beat It can do no more,
His Thriller Has lost its Buzz,
His Black or White has lost his shine,
His boogie has lost his shoes,
His sweet kids have lost their dad,
His loving mother has lost her son,
His grieving father has lost the one,
His grieving fans have lost their king,
His family have lost there loved one,
When he was young he had the talent,
He had it when others hadn’t,
He had the hits they had the misses,
He became the best and he blew away the rest,
The girl became his with his sweet sounding voice,
When he started he was the main attraction,
He was in a five boys band but it was his voice that held them together,
Later in life he went out on his own,
He carved his own style in his own dance,
And his own trend,
IT WAS GOD WHO DID DESCEND,
He bowed out when it got tough,
He could not handle the rough,
When it began to see the strain,
The fans lost their idol it came to a sad and lonely end,
The media lost a story,
A major headliner,
Long live the king,
R.I.P. MICHAEL JACKSON.
By Stephen Browne.