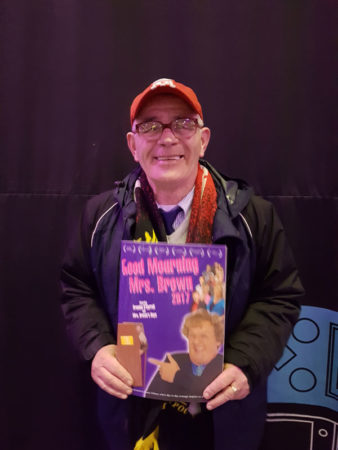 Martin attended the comedy show at the 3 Arena of “Good Mourning Mrs Brown” on Thursday 14th December after a nice meal in Dublin and some Christmas shopping.

The laughter was mighty and Martin said he is a big fan of Mrs Brown, delighted with the stage performance where he was rolling off his chair at the hilarious sketch on stage!

Toggle the Widgetbar
We use cookies to ensure that we give you the best experience on our website. If you continue to use this site we will assume that you are happy with it.Ok